Ironhawk said:
It sounds a lot, but that's about half a season based on the amount of matches they play. Drug bans in other sports can be far stricter than that.
Click to expand...
Exactly. Rioli got a two year ban - 44 games, not counting finals. Tatis effectively got an 11 game ban when transferred to the AFL.

Beijing_Sting said:
deleted? or the Great Fire Wall of China playing up?
Click to expand...
Yep, deleted, can't remember what it was for, however being channel 7 it's a Mitch Cleary post. I'll have a look and repost.

Professor said:
Yep, deleted, can't remember what it was for, however being channel 7 it's a Mitch Cleary post. I'll have a look and repost.
Click to expand...
Probably this one, not the headline, but Cerra the late out.

Check out your club's injury updates after round 22.

PLAYER INJURY ESTIMATED RETURN Taylor Adams Groin TBC Charlie Dean Foot Season Jordan De Goey Hip flexor Test Jack Ginnivan Hamstring TBC Brodie Grundy Ankle Season Nathan Kreuger Shoulder Season Reef McInnes Shoulder Season Tom Wilson Back SeasonUpdated: August 16, 2022
Early prognosis
De Goey was a massive late out ahead of Sunday’s game against Sydney with a hip injury. The Magpies are hopeful he will be available for this weekend’s game against Carlton, but won’t take any risks ahead of the first final. Ginnivan was subbed out of the game with a hamstring and is set to face a race against the clock between now and then. Adams will need every day between now and Collingwood’s first final to overcome a groin injury. – Josh Gabelich

PLAYER INJURY ESTIMATED RETURN Tom McDonald Ankle 2-3 weeks Andy Moniz-Wakefield Groin 1-2 weeks Fraser Rosman Hamstring 1 weekUpdated: August 16, 2022
Early prognosis
The Demons are hopeful McDonald will reintegrate back into full training during the pre-finals bye, giving him every chance of returning ahead of September. Deakyn Smith made his comeback from a jaw injury through the VFL last weekend. – Riley Beveridge

PLAYER INJURY ESTIMATED RETURN Tom Clurey Knee Season Lachie Jones Hamstring Season Scott Lycett Shoulder TBC Jake Pasini Knee SeasonUpdated: August 16, 2022
Early prognosis
There were no fresh injuries for the Power on the weekend, with Clurey undergoing a clean-out of his right knee that has ended his campaign. Jones faces an extended period of rehabilitation after re-injuring his hamstring tendon, undergoing surgery with a view to being ready to start pre-season. – Nathan Schmook

PLAYER Thomson Dow Concussion Test Shane Edwards Ankle Test Jack Graham Foot 2-3 weeks Dylan Grimes Hamstring 3-4 weeks Dustin Martin Hamstring 2-3 weeksUpdated: August 16, 2022
Early prognosis
Graham has been managing a "turf toe-type injury" this season and it flared up against Hawthorn. Scans have shown a minor stress reaction in his foot, and he's set to be a test for the first final. Edwards should play this week after tweaking his ankle, while Martin is progressing well and is hopeful for the elimination final. Grimes has definitely been ruled out of the first final. – Sarah Black

PLAYER INJURY ESTIMATED RETURN Oscar Allen Foot Inactive Campbell Chesser Ankle Inactive Tom Cole Ankle Inactive Luke Edwards Groin Inactive Callum Jamieson Groin Season Jamaine Jones Back Test Tom Joyce Ankle Season Jeremy McGovern Ribs Season Nic Naitanui Knee Test Jack Petruccelle Hamstring Season Dom Sheed Shins Season Connor West Wrist Season Elliot Yeo Calf SeasonUpdated: August 16, 2022
Early prognosis
Jones suffered back spasms during the Derby against Fremantle and has had a light start to the week, with a fitness test to come at main training. Naitanui is not 100 per cent and the Eagles will assess whether he is better off being managed for the final round of the season. Petruccelle and Yeo have both fallen short in their bids to return for the trip to Geelong, while Andrew Gaff and Jake Waterman have clouds over them this week. – Nathan Schmook

PLAYER INJURY ESTIMATED RETURN Dom Bedendo Knee 1-2 weeks Hayden Crozier Ankle Test Jason Johannisen Ankle Test Buku Khamis Concussion Test Charlie Parker Hamstring 1-2 weeks Anthony Scott Concussion Test Mitch Wallis Foot SeasonUpdated: August 16, 2022
Early prognosis
The Dogs will decide this week whether Johannisen has done enough to return from his ankle injury suffered at training a fortnight ago. He will need to get through the week on the track to be available for the crunch game against Hawthorn. Khamis completed a training session over the weekend after a head knock in the VFL last week and will train this week. – Callum Twomey

Gaargh Jeremy Cameron are you serious?

A lot of the reason for trading him in was as a POD for league finals where he has West Coast... at home!

With literally no bank I can't even trade him to Lynch

WESTERN Bulldogs defender Zaine Cordy has been cleared by the Tribunal for his bump on Greater Western Sydney youngster Tanner Bruhn.

Cordy was referred directly to the Tribunal for the contact he made with Bruhn during the Bulldogs' win over the Giants in round 22.

But the 25-year-old was cleared to take on Hawthorn at UTAS Stadium on Sunday. 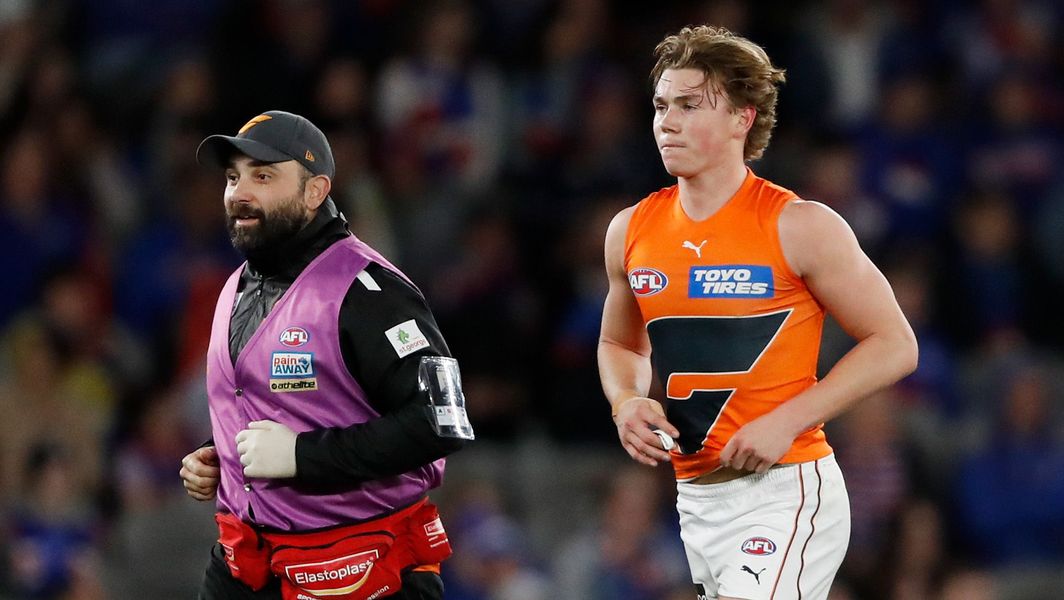 Tanner Bruhn runs from the field during the Giants' loss to the Bulldogs in round 22, 2022. Picture: AFL Photos
Last year's Grand Finalists, the Bulldogs need a win and for Carlton to lose to Collingwood to make the finals.

CAM RAYNER will miss Brisbane's elimination final against Richmond after his rough conduct charge for a dangerous tackle on Melbourne's Ben Brown was upheld at the Tribunal on Tuesday night.

After two hours of evidence and more than 30 minutes of deliberation, the jury agreed with Match Review Officer Michael Christian's one-match suspension for the incident graded as careless conduct, medium impact and high contact.

Rayner unsuccessfully argued his tackle, that left the Demon with a bloody nose, was reasonable, and that impact was low rather than medium. 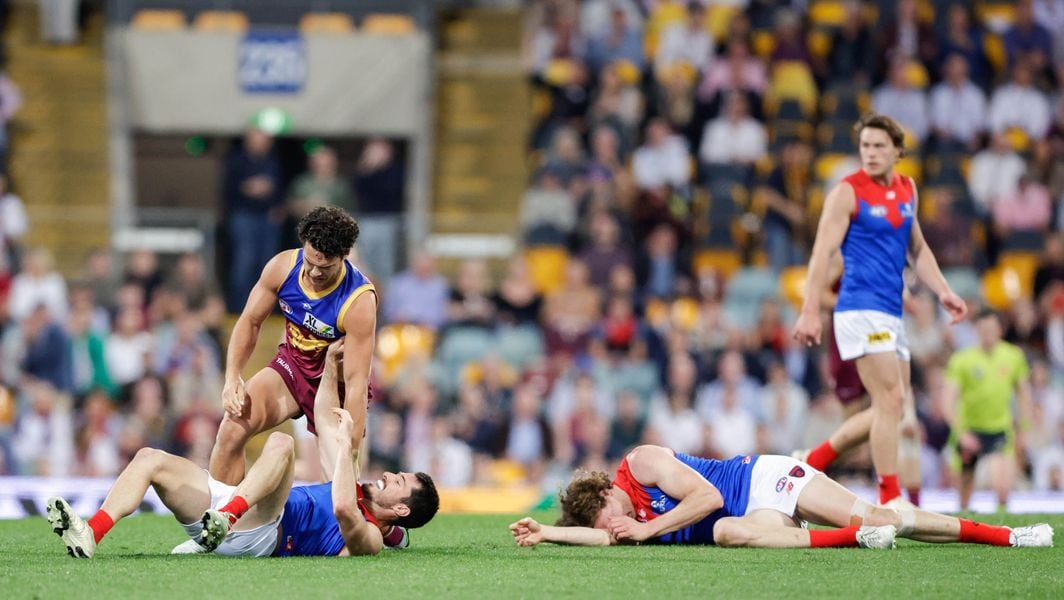