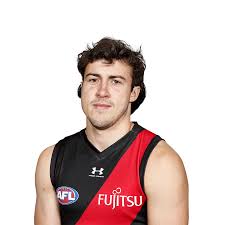 SEASON REVIEW
The inaugural SCS Ultimate League season panned out as one might have expected with a young, inexperienced list. As the Festival of Fantasy begun the Jabukanji Stingers were one game out of the five, however it was obvious that real contention for premiership glory was still some time away.

The Stingers decide to use their assets to bring in further young talent through trade and draft picks, even though that would effectively end the finals chase in 2020. With Steven May and Ed Curnow performing well on 1 year contracts they were deemed as expendable. With trades Ely Smith and Tom Sparrow were brought in from the 2018 Draft Class.

Despite this the Stinger managed to be victorious in round 18 against The Darkness.

There were promising signs from the young brigade with Hugh McCluggage and Andrew McGrath leading the way coming first and third in the inaugural Best and Fairest. As to be expected with young players Todd Marshall, Jy Simpkin, Connor Rozee and Nick Coffield mixed good performances with bad. With another preseason under their belt, it's hoped that they can perform better for longer in 2021.

The 2021 preseason will see further shaping of the list as the Stingers continue to bring in high draft picks and top end talent. With plenty of salary and contract cap to facilitate enviable trades.

Do not come lightly to play the Jabukanji Stingers!
Last edited: 24 Mar 2021

The Club has secured the 26-year-old in exchange for their first round pick No.10 in the upcoming 2021 SCSUL Draft after finalising a trade with the Jabukanji Stingers during the 2021 SCSUL Trade Period.

One of the best small defenders in the game, Saad will bring an immediate injection of breathtaking speed, elite ball-use and proven defensive brilliance – the perfect fit for the Jet’s attacking, fast ball-movement under Senior Coach Jordan Donaldson.

​
Another outstanding season of consistency saw Saad finish 2020 inside the top 10 in the competition for metres gained, while going above 80 per cent for disposal efficiency.

He also conceded less than a goal against per game, performing lock-down roles on some of the SCSUL’s most dangerous small forwards in Tom Papley, Liam Ryan and Dan Butler, who were kept to just one goal apiece against him.

Saad also arrives at The Hangar on the back of three consecutive top four finishes in the Bombers’ best and fairest.

After missing just one game in his last four seasons, Saad already has 109 games under his belt, bringing valuable experience to the Jets’ back half as they seek back to back titles.

The Jets Head of List Management @Jordan's Jets said the Jets faithful can expect the speedster to bring excitement in the Green and White in 2021.


X marks the spot​
The Jabukanji Stingers have double X young guns after moving their pick #31 for 2018 AFL draft pick #18 midfielder Xavier Duursma. This makes 8 players from the 2018 AFL Draft, forming the basis of a solid young talented team ready to blossom.

Port Adelaide’s enigmatic archer showed there were more strings to his bow in 2020, building on his impressive debut season and showing why he was rated so highly by the club’s recruiting staff.

During his first season at AFL level, Duursma showcased his elite running ability, knack for getting forward and slotting a goal or two and, of course, his trademark bow and arrow goal celebration.

However, in 2020, the 20 year old began to show more levels to his game and a hardened edge that belies his boyish looks and long flowing locks. In Round 10 against the Bulldogs, Duursma went back with the flight against the bigger bodies of Josh Bruce and Tom Jonas to take a courageous mark. Meanwhile, his effort against Mark Blicavs in the Qualifying Final victory over Geelong speaks for itself.

In the greatest endorsement of how Duursma goes about it, retiring club legend Brad Ebert earmarked the fearless wingman as the heir apparent to his famous number seven guernsey.


DRAFT AND SIGNING
The Jabukanji Stingers made only one selection in the Free Agency auction draft bringing in tall defender Brennan Cox on a 2 year $399K contract. It was decided to allow Charlie Constable to depart the Stingers after refusing to match the 7 year contract offered by the Cremes.

In the 2nd Contract Signing Period the Stingers signed:

Preseason Draft:
Pick 4: Braeden Campbell
Braeden Campbell is a product of the QBE Sydney Swans Academy. His strengths are clear: he's fast, he breaks the lines, he balances his inside and outside midfield game and he's a deadly left-foot kick.
Pick 10: Tanner Bruhn
“Bruhn is class with a capital ‘C’ yet does his best work on the inside, which makes him such a damaging midfield prospect.” – Peter Williams
Pick 11: Heath Chapman
“Chapman is an attacking defender who reads the play well to intercept, then looks to move on quickly and deliver via foot.” – Michael Alvaro
Pick 15: Dayne Zorko
Pick 19: Errol Gulden
“Gulden is a consistent performer with all the tools to be a successful player at the next level” – Peter Williams


ERROL FLYNN SWITCH​
With Rucks hard to come by , and young up and comers at a premium, the Jabukanji Stingers and Goodie's Giants FC made a four player trade just hours after the finish of the 2021 Preseason Draft.

SCORE & RESULT
Tipped to once again claim the wooden spoon, the youthful Jabukanji Stingers came out with a chip on their shoulders against the Neptune Knights. Blooding no less than five debutants, the Stingers were behind in the early going, ceding the Saturday night lead to the Knights. With a host of players on the Sunday, they took control by mid afternoon via newly acquired rookie ruck Matthew Flynn, Callan Ward, Karl Amon and LDU. Tom Barrass, David Swallow and Sam Collins ensured the victory with strong performances in the late game out west.

​
Debutant Matthew Flynn with 140 lead the way for the Stingers with Andrew McGrath not far behind. Bailey Williams was strong in defense, as was Tom Barrass. David Swallow turned back the clock with a great display through the middle.

​
Despite a poor performance by captain Hugh McCluggage, being well held by Jarrod Berry, the Stingers won the battle of the captains with Andrew McGrath blanketing Andrew Gaff and blitzing the scoreboard whilst doing so. The mid field supremacy was the deciding factor in the end as the Stingers ran out winners by 245 points.

SCORE & RESULT
The Jabukanji Stingers headed into the game full of optimism after last weeks heroic effort, however it was soon obvious that there was to be no repeat. Captain Hugh McCluggage again let down the team with a flaccid performance. Not one of the midfield brigade, including Rucks, could muster 100+. It was left to second gamer Braeden Campbell to show his more experienced team mates the way with an outstanding 118. Late round efforts by Samuel Collins and Tom Barrass showed there was still some sting in the tail, but with only 5 players beating their opponent a 382 point drubbing was had.