Score: 2,103
Weekly: 36,794
Overall: 11,079 (down from 8,943)
Value: $11,011,500
Bank: $156,800
Trades Out: Dunkley and Houston
Trades In: Boak and Doedee
Heroes: Gawn (C) Neale, Mitchell, Grundy, Crisp, Rowell, Walters and Haynes
Villains: Macrae, Boak, Whitfield, Coniglio, J Martin and Doedee
Comments: Dodged injuries, but still had an underwhelming score, hoping for the villains to redeem themselves next week. I'm focussing on the positives, in the top 7% overall, not bad for a hack. Trade wise in round 5, nothing urgent in terms of corrections, rookies starting to fatten up, flirting with the idea of trading Rowell, he's still got a good price rise of $50k next round. Some terrific scores posted and leagues doing well too, congrats all.
Planned Trades: tbc
F

Comment: how can a team that is basically the same as last week score less with 4 more on field?? Issues a plenty Fyfe zerrett (hold both) naismith Houston Ryan playing a pure lockdown and poor cash gen.

Anyway start of the year if u told me I would be 1260th at this point would take it. Have cash for one of grawndy so first upgrade yeeeeew.

Boak had his worst score for the season as VC (90), Fyfe as captain was a failure too - my 4th lowest on field score as captain was not a good choice. Could have had a pretty good score this week with a better choice there.

I still have a lot of holes in my team, but I'm hanging in there. Going to have to trade my way out of it. If my trade ins would stop getting injured in their first match in my team, it would help.

A lot of my rookies had below par scores this round which is concerning, at least a lot were on the bench rather than on field. Cash gen looks likely to slow down from here.

Planned Trades: Still have Sturt and may end up hanging onto Fyfe pending news on how bad his injury is. Naismith is a definite out, TBC who else - too many to choose from. Viney was my original plan, but may have bigger concerns.

Comments: I’m not sure how it happened, but ended up having a pretty good week and jumping up into the Top 1000. Won 6/10 leagues, but lost the all important PL and Cashy, so not everything went my way. This included injuries to Howe and Fyfe so have some big decisions coming up in order to turn some lemons into lemonade 🤔
Last edited: 29 Jun 2020

Score: 2,267
Weekly: 2,819
Overall: 1,838 (up from 6,215)
Value: $11,640,100
Bank: $13,100
Trades Out: Lukosius & Long
Trades In: Simpkin & Williamson
Heroes: Grundy (c), Docherty, Bont, Gawn, Danger, Simpkin, Sicily, Howe & Rowell
Villains: Cripps, Doedee, Howe & Fyfe injuries
Comments: Ins & Outs doesn't look good in hindsight for the round but hopefully it will end well at season's end. Injuries to 2 of my Keepers not ideal at this stage, however, I was so close to doing Grundy to Naismith trade prior to teams dropping so it could've been worse. If there's any motivation for me to keep going this season, then it's the fact that our SCS PL has a real shot at the overall league ranking.
Planned Trades: Howe will have to go unfortunately and will wait on further injury update on Fyfe. I have most of the core group of Rookies so could afford to skip them this round should I desire to do so. 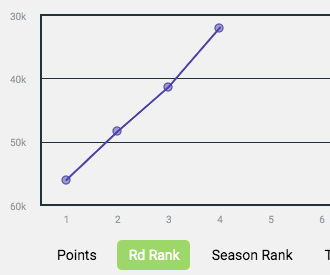 Score: 2,163
Weekly: 19,135
Overall: 152 (down from 99)
Value: $11,615,900
Trades Out: Houston
Trades In: "D'oh"dee (48)
Heroes: Grundy (C) (270), Docherty (185), Neale (147), Titch (143), Crisp (115), Rowell (114)
Villains: Budarick (47), Doedee (48), Taylor (57) - they're all rooks so I can't be too harsh on them. Let's add Greenwood (61), Cripps (81), Whitfield (85)
Comments: Hi all, the SCS regulars here might remember me from the sub-affected seasons where I did a little analysis and created a thread called Vested Interest. Since then I've been trying to find another way to add value to this site but the amazing contributors have this well and truly covered - thanks for all the informative posts
Anyway, it's my best start to a season and surprised I didn't fall down the rankings further given it was a round filled with carnage. I don't expect to hang around the pointy end for too long as my focus shifts to creating a winning strategy for my cash leagues.
Planned Trades: Will try to find the best replacement for Howe and will most likely hold onto Fyfe.
Last edited: 28 Jun 2020

Score: 2212
Weekly: 8925
Overall: 4311 ( up from 8005)
Value: 11,275,200
Trades Out: Houston
Trades In: Ridley
Heroes: Neale, Ridley, Titch, Jelly, Doc, Bont, Grundy
Villains: Gresham, Nic Nat, Devon Smith,
Comments:
Very happy with the Houston/Ridley trade.
Thought all week about bringing Fyfe in for either Jelly or Titch. Glad I didn’t in the end. Although disappointed with the Stewart and Howe injuries just as I was about to sort out my rubbish benched rookies that are not playing. Now have to make two premo forced trades.
Planned Trades: Probably Howe/Stewart out for two best defenders unless I can find another hidden gem like Ridley 👍

Score: 2,288
Weekly: 1,671
Overall: 770 (up from 3,729)
Value: $11,552,600
Bank: $14,700
Trades Out: Cameron, Sturt
Trades In: Williamson, Vandermeer (odd last minute choice)
Heroes: Docherty, Bont, Neale (C), Mitchell, Gawn, Grundy, Kelly, Sicily
Villains: yo-yo Doedee, Cripps, Martin
Comments: Neale/Mitchell/Gawn/Sicily were all a worry at stages but ended up on great scores. Still early days but team is rolling nicely from $16k in round 1. First season in a while I haven’t started with as much mid price madness nor made any early premium or mid-price side trades. Been pretty fortunate with injuries too.
Planned Trades: Brayshaw a mid price fail but maybe a wait n see with Fyfe out. Eyeing off Hill, Mahony, Ridley, Simpkin, Petracca, Danger.

Score: 2,154
Weekly: 21,493
Overall: 4,048 (up from 4,317)
Trades Out: Pickett, Sturt
Trades In: Simpkin, Mahony
Heroes: Grundy (C) (270), Docherty (185), Neale (147), Mitchell (143), Rowell (114)
Villains: Fyfe's hammy, Hurn, Laird, Cripps, Dusty, Petracca, Dev Smith, Whitfield, Ceglar.
Comments:
My original plan all week was Out: Whitfield, Sturt &
In: Simpkin & Sicily. It changed last minute due to the plethora of rookie options that were going to be on the bubble next week. Really annoyed I didn't stick with my original plans. Only 5 of my players tonned up which was quite disappointing. Fyfe injury was unfortunate.

DEF: 4/10
Docherty MVP. Hurn continues to be an such a disappointment, still would have rather picked Howe back then despite his injury this round. Laird over Sicily was also another 50/50 that continues to haunt get me.

MID: 7/10
Neale is basically the forever captain option. Welcome back Tom Mitchell! Cripps very poor. Fyfe going great until that hammy. Rowell what a superstar and probably 2nd atm for the brownlow behind Neale and will be a definite keeper. Simpkin was a temporary mid for me this week and what a grrwat debut. McInereny solid score. Budarick disappointing. Brown & Mahony warming the bench. Starcevich and Noble both serviceable. Rivers very poor. Brander warming the bench.

FWD: 6/10
Very disappointing because despite have 5 premos... not one tonne in the fwd line this week (Simpkin in the midfield). Taylor poor. King warming the bench.

Planned Trades: Fyfe to either Bont or Danger & Naismith to Hill.

To the week ahead, Williams donut playing first isn't ideal. Hurn Vs Dusty for the VC which I am not confident in either at this stage with Cameron as my donut.

Howe is my long-term issue, and Zerrett a short-term hole for next week.
Laird & Martin have been underwhelming, and one may get the chop this week if there are no other spot fires to put out.

Comments: A very meh round. My rookies scores killed me, even though I had a loop on every line. Also left points on the bench with Williamson and Green. Underperforming prems didn't help and finding a good Fyfe replacement feels season defining. Lost SCSPL and SCS$50 Not all bad though, SCSPL is basically the best league in the land and the Hawks won

Bounced back from a horrible 1,663 score where half of my side seemed to be out with a big week. I've had a lot of luck with rookies and with the rookies I've kept or brought in and hopefully that will be of use moving forward. I feel like my side is a lot better than my overall rank, although not without its issues (like no Neale) and things will continue to improve.

This graph sums up my year so far.

Comments: Managed to score less with 22 players than last week with best 18. That wouldn’t be the case if I didn’t move Young to the bench to field Rivers instead!! Rookies on the bench scoring well is a good thing though.

Fortunate to avoid the popular injuries this week. It is looking like one of those seasons with regards to injuries and late outs, so maybe saving trades this week will be advantageous down the track? It does mean I’m fielding more rookies at present than most, so need to keep pushing past 2100 to not lose copious amounts of ground whilst the rookies keep making cash.